Rev. Samuel Phillips came to Andover in 1710 as the pastor of South Church, an office he held for 62 years. His son, the Honorable Samuel Phillips, went into trade and built the Phillips Brooks House near North Andover Center in 1752. It stands across the street from the Parson Barnard House, built in 1715, and the Old Burying Ground, one of the few intact 18th century cemeteries in New England. Part of the Anne and Simon Bradstreet home that burned in 1666 was built into the back of the Phillips Manse.

The Rev. Phillips Brooks, who wrote the lyrics to "O Little Town of Bethlehem," spent his summers at the house in the 1800s. 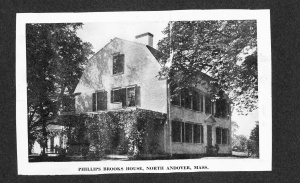 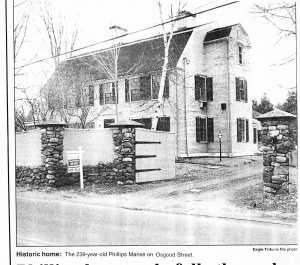