Indian Ridge was formed when an ice glacier melted forming a ridge. This 23 acre tract of land covers the area between Red Spring and West Andover Road where Reservation Road is now. It had been thought to be an Native American burial ground because of the artifacts found here. It was determined, however, that Native Americans used the ridge as a pathway.

At the end of the 19th century, the ridge was a popular recreation area. When a sawmill sought to purchase the land, the townspeople launched a public subscription campaign to raise the purchase price of $4000. The Abbot family dropped the price to $3500, the sum that had been raised, and the land was purchased to preserve this unique geological formation on December 16, 1897. 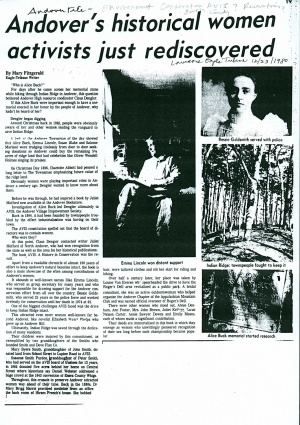