George and Peter Dantos opened the Spa at 9 Elm Street in 1921. The store sold soda, candy, ice cream and fruit. George's son Phidias ran the store until 1970 when it was sold to George Dukas. Today, it serves as a small general store and magazine shop. Raspberries Eatery, run by Dana Wilson, was a deli and catering business operated in the back portion of the store. It relocated to a spot outside of Andover in 2009. In late 2010, it was announced that a Subway sandwich shop franchise location would move into the Spa by mid-February 2011. 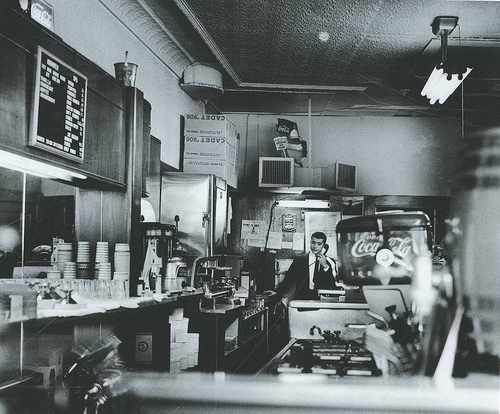 Phidias Dantos in the Andover Spa, 1963, taken by Richard Graber