Babbitt Designs and Healing Arts was located at 68 Park Street and was owned and operated by Leslie Babbitt. She began designing clothes for women around 1975. 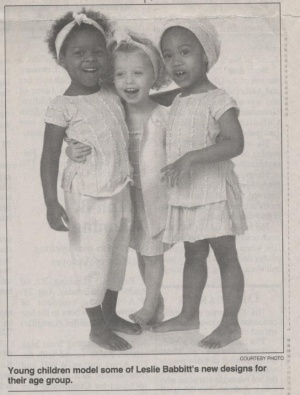