Friendly's was torn down on September 6, 2006. Construction for Butler Bank began in October, 2006. This, Butler Bank's fourth branch, opened on May 24, 2007. CPA John J. Drago and Doherty Law Offices were tenants of the bank at the opening. Boston King Cafe opened in the Butler Bank building on April 26, 2008.

On April 17, 2010, People’s United Bank, acquired Butler Bank after it was closed by the Massachusetts Division of Banks on April 16.

In 2012 People's United acquired Danversbank and Riverbank and consolidated all bank locations at 16 North Main Street. 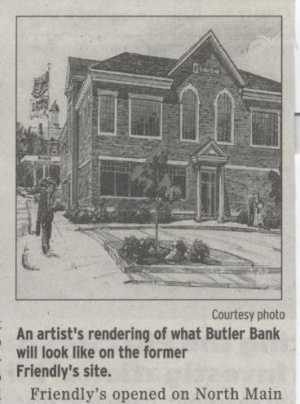 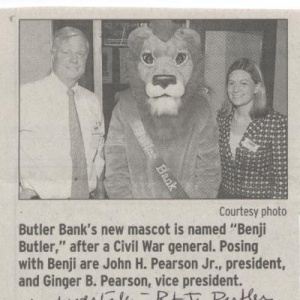 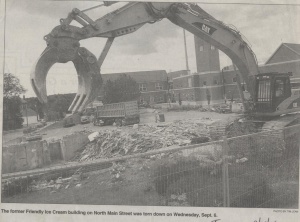 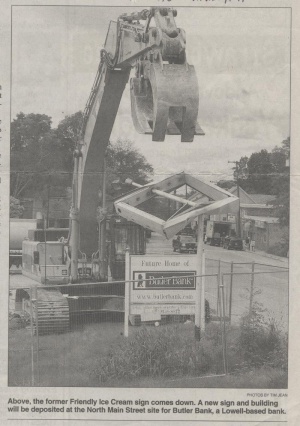