The Center for Performing Arts was originally opened in North Andover in 2001. As class attendance grew, owner Jane O'Donnell decided to purchase a larger space in Andover. The studio is located at 16 Haverhill Street.

The dance instructors at the Center for Performing Arts offer classes in ballet, jazz, tap, hip-hop and modern dance, among others. The facility offers a non-competitive atmosphere for students of all ages.

In May of 2006, the studio on Haverhill Street was flooded due to the heavy rains that month. O'Donnell had to completely demolish and rebuild the space. As a result of this damage, about half of the students who would have signed up for the summer decided to register at other local dance studios. 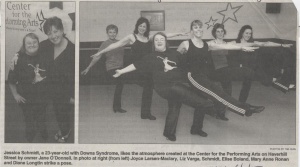 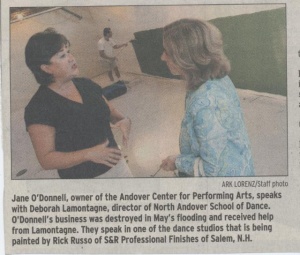