Dynamics Research Corp.(DRC) is headquartered on Frontage Road in Andover. The company provides cost, quality and program management services to the U.S. Air Force, Army and Navy as well as government agencies such as the Internal Revenue Service. The company's main goal is to help the military decide when to repair older weapons systems and helps civilian agencies run specialized programs.

Dynamics Research Corp. indicated a drop in business in 2005 that they claim is the result of increased funds for the Iraq War. According to 2005 figures, the company employs just under 2,000 people, 300 of whom work in Andover. They have won a number of military contracts since 2005. 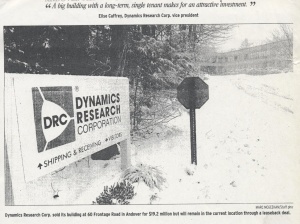 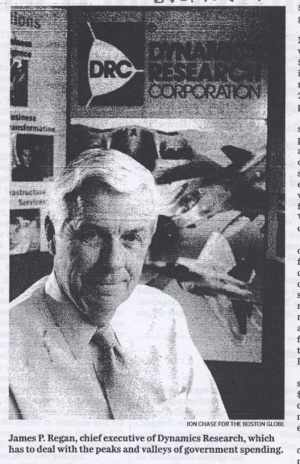