The twinning agreement between Andover, Massachusetts and Andover, Hampshire, England was signed on June 2, 2000 at the Garrison Theater in Tidworth, England. It was the first formal agreement between the England and the United States.

The Friendship Bridge in the "Park" at Chestnut and Bartlett Streets in Andover, Massachusetts commemorates the sister cities agreement. The bridge figuratively represents the River that runs through the town of Andover, England.

A statue of Chief Cutshamachie (on the Andover, MA seal) erected in commemoration of the sister cities agreement in Andover, England. 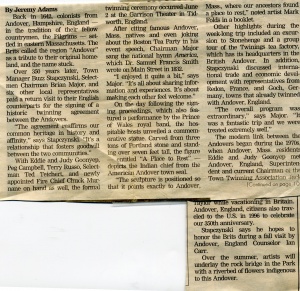 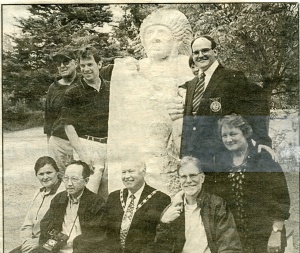