1829 - An engine house was built for the Friendly Fire Service, a private company.

1895 - The Ballardvale Station was relocated to the corner of Andover Street and Clark Road. 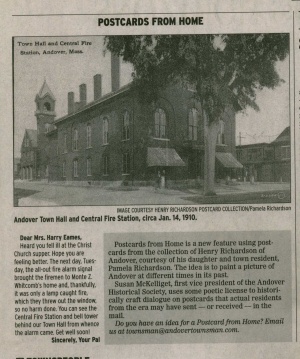 1924 - Andover established a Fire Department with Charles Emerson appointed as the first Fire Chief. By then "horses had become a thing of the past." 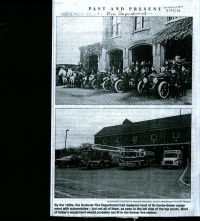 1966 - A new fire station was built in West Andover on Chandler Road.

2002
In September Main Street Fire Station was razed and construction was begun on the Andover Public Safety Center to house both fire and police.

2006 - There are three fire stations in Andover: